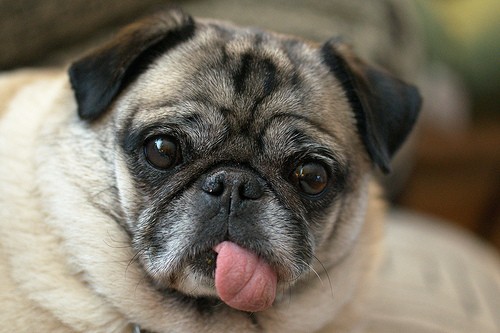 I just read this heart-warming article in Petfinder on how dogs whose days are numbered are being cared for by inmates.

What a brilliant idea!  A program called Tender Loving Dog Care matches these dogs with inmates who train them and socialize them, so they can be adopted into good homes.  And the waiting list is really really long to adopt one of these special dogs.

One inmate has already given a new life to 22 dogs.  Another inmate is responsible for over 400 dogs each year.

Both groups [the inmates and the dogs about to be put down] face isolation and rejection, but when their paths merge, they often give each other hope, as one prisoner becomes the salvation of the other…

About one year ago, Rich Booher, a corrections counselor at Ellsworth Correctional Facility, saw a local news report about racing greyhounds who were going to be euthanized.  Since the inmates at Ellsworth were already training assistance dogs for Canine Assistance Rehabilitation Education and Services, Booher suggested fostering greyhounds and training them for adoption.

“There was a need,” says Booher. “We’re always looking for ways for our inmates to give back to society, and thousands of greyhounds are put down every year.” So Booher contacted Deborah Sanford of TLC Greyhound Adoption, and soon greyhounds were frolicking with inmates in the recreation yard and sleeping in cells. Each hound has a primary and a secondary handler, who teach the dog house manners and basic obedience. Most hounds leave the program after six to eight weeks knowing how to walk nicely on a lead and respond to commands such as sit, stay, down and come.

Almost immediately, other facilities within the Kansas Department of Corrections were inquiring about fostering greyhounds, and the program quickly spread to the Hutchinson and El Dorado facilities. Currently, some 30 greyhounds are being cared for in the Kansas system.