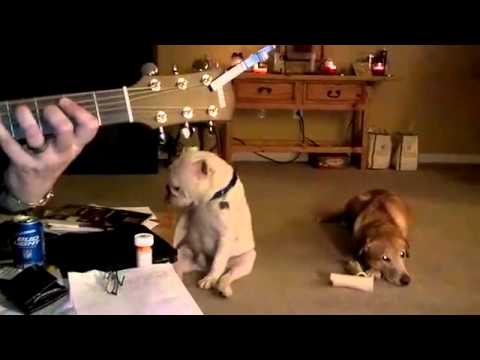 The doggie in this video appreciates Blues music.  A true Blues fan.  3 times in the video, he moves his entire body to the beat of the song.  And he was sitting while he was moving.

He nods his head, he sways his entire body.  Sometimes he is right on the beat.  But he’s got the spirit of this genre.  This is a Blues dog!

He got up a couple of times to move around.  But he got right back into the mood and start swaying to the music again.

He’s not the only one who amuses me.  His dog friend next to him is not as into this kind of music.  Toward the end of the video, he gave the bulldog a look that says “What’s got into you?”  And walks away.  Oh doggies’ body language is fun!

Enjoy this bulldog’s appreciation of music.