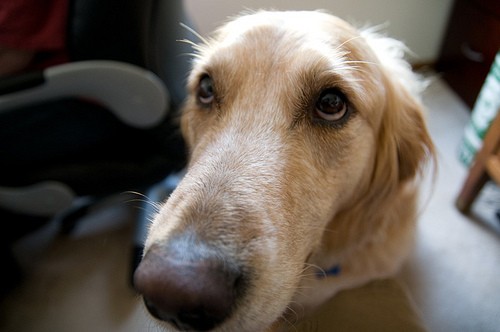 I read a fascinating article in Live Science by Laura Geggel.  Even though it’s not conclusive, there is evidence that our dogs avoid people who are not nice to us—their owners.  I think the term is social eavesdropping.

54 dogs and their owners participated in an experiment.  In one part of the experiment, the owner tries to open a jar and deliberately not be able to do so.  The owner asks an actor close by for help.  The actor helps the owner open the jar.

In another part of the experiment, the actor would refuse to help the owner and turn away.  (I assume it’s different actors.)

What do YOU make of this?

“[The] dogs avoided people who behaved negatively to the owner,” Fujita said.

It’s perplexing that the dogs didn’t prefer the helpful actor over the bystander in the first condition, but perhaps helping is a “standard” that dogs have, meaning it’s possibly status quo and nothing special, Fujita said.

“Dogs may have hated a violator of this standard,” he said. “Similar negativity bias has been reported in human infants.”