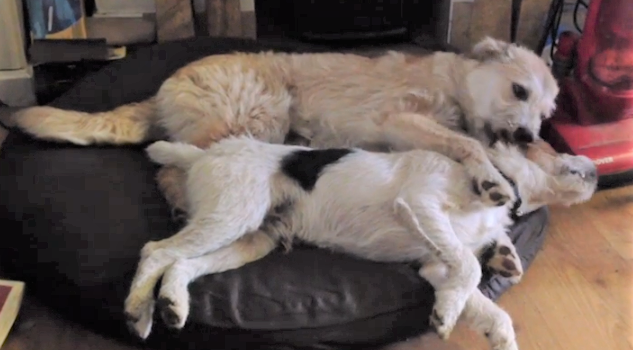 The two dogs in this video are friends with each other.  Good friends.  Even when they play fight with each other, there is friendship and snuggling.  These two are pretty gentle in the fight part of their play.  So how do you tell when the play is just friendly play, albeit a bit rough for your taste? And when the play is heading toward a fight?  Josh Donahue of Argos Dog Works shares some insights on this topic.

How to tell when dog play is turning into a fight

He suggests that we use OUR feeling of comfort as the guidance.  If we feel comfortable with the play-fight, it’s okay.  If we start asking the question “Is this getting too rough?” That’s probably an indication that you are uncomfortable with what’s going on.  Use that for guidance.

Josh feels that dogs look to us for guidance regarding their behavior.  When dogs who live together are high energy people, their play would naturally be high energy. That’s a good match of energy.  It’s likely that they play with such energy that to us, it may even look like a fight, with all that vocalization going on.